JOKES
FOR ALL OCCASIONS

ABSENTMINDEDNESS
The man of the house finally took all the disabled umbrellas to the repairer's. Next morning on his way to his office, when he got up to leave the street car, he absentmindedly laid hold of the umbrella belonging to a woman beside him, for he was in the habit of carrying one. The woman cried "Stop thief!" rescued her umbrella and covered the man with shame and confusion.
That same day, he stopped at the repairer's, and received all eight of his umbrellas duly restored. As he entered a street car, with the unwrapped umbrellas tucked under his arm, he was horrified to behold glaring at him the lady of his morning adventure. Her voice came to him charged with a withering scorn:
"Huh! Had a good day, didn't you!"
*         *         *
The absentminded inventor perfected a parachute device. He was taken up in a balloon to make a test of the apparatus. Arrived at a height of a thousand feet, he climbed over the edge of the basket, and dropped out. He had fallen two hundred yards when he remarked to himself, in a tone of deep regret:
"Dear me! I've gone and forgotten my umbrella."
*         *         *
The professor, who was famous for the wool-gathering of his wits, returned home, and had his ring at the door answered by a new maid. The girl looked at him inquiringly:
"Um—ah—is Professor Johnson at home?" he asked, naming himself.
"No, sir," the maid replied, "but he is expected any moment now."
The professor turned away, the girl closed the door. Then the poor man sat down on the steps to wait for himself.
*         *         *
The clergyman, absorbed in thinking out a sermon, rounded a turn in the path and bumped into a cow. He swept off his hat with a flourish, exclaiming:
"I beg your pardon, madam."
Then he observed his error, and was greatly chagrined. Soon, however, again engaged with thoughts of the sermon, he collided with a lady at another bend of the path.
"Get out of the way, you brute!" he said. 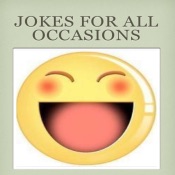