With vivid illustrations and abrasive insight, Chinazor Onianwah gathers strewn skeletal remains of Africa’s history, fleshes it out and breadths air into it in typical griot style; this is the Africa that comes alive in this narrative, "It Takes A Village to Name a Child: Celebrating the bestowment of ancestry, faith, identity and legacy of African roots of Biblical Hebrews." In this narrative, which intertwines history, archeological data and mythology, he compels his readers to re-evaluate stereotypes and what it means to be African. Not only would any reader – African or not – be amazed at what they never knew that they never knew of Africa; they may find it endearing to be African. “After all, it was barely 60,000 years ago that we all came out of Africa.” Painstakingly, Chinazor employs his wealth of experience as a news reporter/researcher to connect dots of historical events since the beginning of time through Biblical "Genesis" to the present day to render a befitting portraiture of Africa. And in so doing, answered frequently asked questions:
Why a naming ceremony is essential for an African child
Why the African is the forbearer of Biblical Hebrews.
How the Ashkenazim (European Jews) usurped Hebraism and the Holy Land
Are blacks less intelligent than whites?
What is in a name like Barack Hussein Obama?
Why Africa is so rich yet so poor
Excerpt: On October 14, 2007, a few months after Barack Obama announced his candidacy in the US Democratic presidential race, a biographical article appeared in Britain’s Sunday Times Magazine about Dr. James Watson, the American molecular biologist, who is best known as the co-discoverer of the structure of DNA. It said he was "inherently gloomy about the prospect of Africa as all our social policies are based on the fact that their intelligence is the same as ours — whereas all the testing says not really." In what appears to be a response to racists who hold similar views as Dr. James Watson, in a paper titled "Did they or didn’t they invent it? Iron in Sub-Saharan Africa," Stanley B. Alpern wrote, "The idea that sub-Saharan Africans independently invented iron is more than a century old. It goes back at least to a German scholar, Ludwig Beck, who published a five-volume history of iron between 1884 and 1903. In the first volume he wrote, "We see everywhere an original art of producing iron among the numerous native tribes of Africa, which is in its entire essence not imported but original and . . . must be very old." Around the same time some Egyptologists, notably the Frenchman Gaston Maspéro, concluded that ancient Egypt had learned its iron working from black Africans to the south. The German Felix von Luschan, better known among Africanists for his writings on the art of old Benin, also thought sub-Saharan Africans originated iron technology, as did the British metallurgist William Gowland..." The night Barack Obama stood to address the world on his victory as the first African American to win the US Presidency; he was standing against the backdrop of hundreds of years of a racist belief that blacks are inferior to whites. This notion of blacks as inferior to their white counterpart reached its apogee when European governments led by Great Britain embarked on a vigorous campaign to promote the virtues of colonialism by denigrating the natives of the colonies and claiming that the savages needed to be civilized by the ‘white man’. Public displays of indigenous people were held for scientific and leisure purposes. Between 1877 and 1912, approximately thirty “ethnological exhibitions” were presented at the Jardin zoologique d’acclimatation. “Negro villages” were major draws in the Paris’ 1878 and 1879 World’s Fair; the 1900 World’s Fair presented the famous diorama “living” in Madagascar. At the same time, the Colonial Exhibitions in Marseilles (1906 and 1922) and in Paris (1907 and 1931) displayed Africans in cages, often in stark nudity. 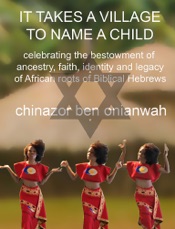